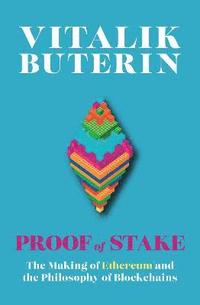 The Making of Ethereum and the Philosophy of Blockchains

av Vitalik Buterin, Nathan Schneider
Häftad Engelska, 2022-09-29
195
Köp
Spara som favorit
Kan tyvärr inte levereras innan julafton.
Finns även som
Visa alla 1 format & utgåvor
At only nineteen years old Vitalik Buterin published a visionary paper outlining the ideas behind what would become Ethereum. He proposed to take what Bitcoin did for currency - to end the central control of governments and corporations - and apply it to society as a whole. Now, less than a decade later, Ethereum is the second-most-valuable cryptocurrency and has opened the gates for the extraordinary new world of NFT artworks, virtual real estate in the metaverse and decentralised autonomous organisations. The essays in Proof of Stake reveal Buterin as a lively, creative thinker, relentlessly curious and adventurous in exploring the fascinating social, economic and political possibilities of his invention, and will guide future generations of Ethereum's community of radicals and builders.
Visa hela texten

VITALIK BUTERIN is a Russian-Canadian programmer and writer who co-founded Bitcoin Magazine in 2011 and launched Ethereum in 2014. In 2021, he was named as one of TIME magazine's most influential people. NATHAN SCHNEIDER is an assistant professor of media studies at the University of Colorado Boulder. His most recent book is Everything for Everyone: The Radical Tradition that Is Shaping the Next Economy. He first interviewed Vitalik Buterin in 2014.