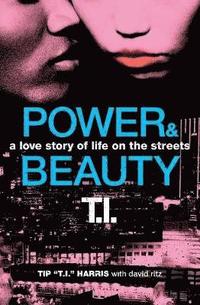 A Love Story of Life on the Streets

av Tip 'T I' Harris, David Ritz
Häftad Engelska, 2012-07-05
139
Köp
Spara som favorit
Finns även som
Visa alla 1 format & utgåvor
Drawing upon his experiences as a young drug dealer in Atlanta, acclaimed hip hop artist T.I. makes his street lit debut with a powerful modern novel of love, tragedy, and hope that vividly brings to life the realities and choices for those who live beyond society's manicured edges. Paul Power Clay and Tanya Beauty Long have only each other when the woman who loved them, Power's mother, Charlotte, unexpectedly dies. Sexually drawn to each other, the sixteen year olds know they must keep their attraction hidden, especially from their new guardian, Charlie "Slim" Simmons, a rich hustler who has his own plans for them. As Slim takes Power under his wing and introduces him to the dark side of Atlanta, he also tries to corrupt Beauty's independence and innocence. Eventually driven apart, the teens' lives take very different paths. Yet neither Power nor Beauty can forget their love, and one day, one of them will have to save the other. A dark, gritty story of sex, violence, hustling, and redemption set on the dangerous streets of Atlanta and peopled with larger-than-life characters, "Power and Beauty" demonstrates the versatility of one of our most promising talents and is sure to connect with his millions of fans.
Visa hela texten

Tip "T.I." Harris is a Grammy Award-winning rapper, film and music producer, actor, and writer. He is the founder and co-chief executive officer of Grand Hustle Records, and he launched his film company, Grand Hustle Films, in 2007. He lives in Atlanta, Georgia, with his wife. David Ritz is the author of the acclaimed novels The Man Who Brought the Dodgers Back to Brooklyn and Blue Notes Under a Green Felt Hat. He is the only four-time winner of the Gleason Book of the Year Award. He's also co-written the memoirs of many celebrities.