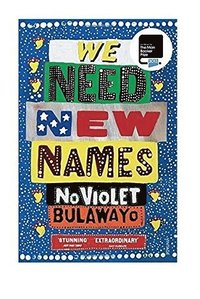 Köp
Spara som favorit
Kan levereras innan julafton!
Finns även som
Visa alla 4 format & utgåvor
**SHORTLISTED FOR THE MAN BOOKER PRIZE 2013** Ten-year-old Darling has a choice: it's down, or out 'To play the country-game, we have to choose a country. Everybody wants to be the USA and Britain and Canada and Australia and Switzerland and them. Nobody wants to be rags of countries like Congo, like Somalia, like Iraq, like Sudan, like Haiti and not even this one we live in - who wants to be a terrible place of hunger and things falling apart?' Darling and her friends live in a shanty called Paradise, which of course is no such thing. It isn't all bad, though. There's mischief and adventure, games of Find bin Laden, stealing guavas, singing Lady Gaga at the tops of their voices. They dream of the paradises of America, Dubai, Europe, where Madonna and Barack Obama and David Beckham live. For Darling, that dream will come true. But, like the thousands of people all over the world trying to forge new lives far from home, Darling finds this new paradise brings its own set of challenges - for her and also for those she's left behind. 'Extraordinary' Daily Telegraph 'A debut that blends wit and pain... Heartrending...wonderfully original' Independent 'Sometimes shocking, often heartbreaking but also pulsing with colour and energy' The Times *NoViolet's new book Glory has been Longlisted for the Booker Prize 2022 and is out now*
Visa hela texten

We Need New Names is a "before" and "after" kind of novel, the kind that marks a new beginning, a new shift in the African literary tradition . . . To me, it is a complete novel in terms of aesthetics and politics -- Mukoma Wa Ngugi * The Rise of the African Novel * Bulawayo's novel is not just a stunning piece of literary craftsmanship but also a novel that helps elucidate today's world * Daily Telegraph * The challenging rhythm and infectious language of NoViolet Bulawayo's emotionally articulate novel turns a familar tale of immigrant displacement into a heroic ballad. Bulawayo's courage and her literary scope shine out from this outstanding debut * Daily Mail * Darling is 10 when we first meet her, and the voice Ms. Bulawayo has fashioned for her is utterly distinctive - by turns unsparing and lyrical, unsentimental and poetic, spiky and meditative... stunning novel... remarkably talented author * New York Times * Often heartbreaking, but also pulsing with colour and energy * The Times (Saturday Review) *

NOVIOLET BULAWAYO grew up in Bulawayo, Zimbabwe. When she was eighteen, she moved to Kalamazoo, Michigan. Her first novel, We Need New Names, was shortlisted for the Booker Prize, the Guardian First Book Award and the Barnes & Noble Discover Award, and won a Betty Trask Award, Hemingway Foundation/PEN Award, Hurston-Wright Legacy Award, the Etisalat Prize and the Los Angeles Times Book Prize for First Fiction. She has also won the Caine Prize for African Writing and a National Book Award's '5 Under 35'. NoViolet earned her MFA at Cornell University, and was a Stegner Fellow at Stanford University, where she taught fiction. She currently writes full-time, from wherever she finds herself.