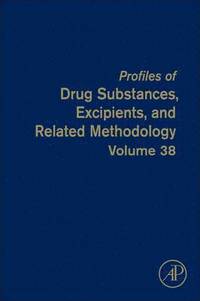 Dr. Brittain is presently the Institute Director of the Center for Pharmaceutical Physics, a research and consulting institute he established in 1999 for the study of substances having pharmaceutical interest. His research interest include all areas of pharmaceutical physics and physical pharmacy, including preformulation, formulation design, product characterization, polymorphism, solvatomorphism, and cocrystals of drug substances. Formerly, Dr. Brittain was Vice President for Pharmaceutical Development of Discovery Laboratories, Inc., he served as Director of Pharmaceutical Development at Ohmeda, Inc., and also led a variety of groups within the Analytical R&D department at Bristol-Myers Squibb.

During his academic tenure at Seton Hall University, in 1980 Dr. Brittain was named as one of the Teacher-Scholars of the Camille and Henry Dreyfus Foundation. Dr. Brittain was elected as a Fellow of the American Association of Pharmaceutical Sciences (AAPS) in 1991, and received the AAPS Research Achievement Award in Analysis and Pharmaceutical Quality in 1998. He is also a Fellow of the Royal Society of Chemistry.