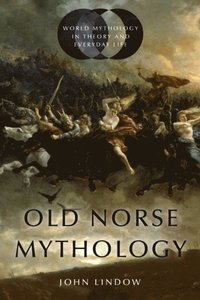 Ladda ned
Spara som favorit
Ladda ned och läs i en e-boksläsare. Tips på appar
Finns även som
Visa alla 3 format & utgåvor
An innovative and accessible overview of how ancient Scandinavians understood and made use of their mythological stories. Old Norse Mythology provides a unique survey of the mythology of Scandinavia: the gods rr (Thor) with his hammer, the wily and duplicitous inn (Odin), the sly Loki, and other fascinating figures. They create the world, battle their enemies, and die at the end of the world, which arises anew with a new generation of gods. These stories were the mythology of the Vikings, but they were not written down until long after the conversion to Christianity, mostly in Iceland. In addition to a broad overview of Nordic myths, the book presents a case study of one myth, which tells of how rr (Thor) fished up the World Serpent, analyzing the myth as a sacred text of the Vikings. Old Norse Mythology also explores the debt we owe to medieval intellectuals, who were able to incorporate the old myths into new paradigms that helped the myths to survive when they were no longer part of a religious system. This superb introduction traces the use of the mythology in ideological contexts, from the Viking Age until the twenty-first century, as well as in entertainment.
Visa hela texten