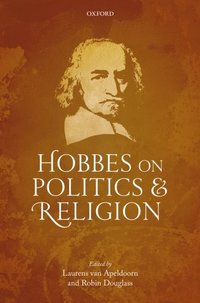 Hobbes on Politics and Religion E-bok

av Laurens Van Apeldoorn, Robin Douglass
E-bok (PDF - DRM), Engelska, 2018-06-21
860
Ladda ned
Spara som favorit
Laddas ned direkt
Läs i vår app för iPhone och iPad
Finns även som
Visa alla 2 format & utgåvor
Thomas Hobbes, one of the most important figures in the history of political philosophy, is still widely regarded as a predominantly secular thinker. Yet a great deal of his political thought was motivated by the need to address problems of a distinctively religious nature. This is the first collection of essays dedicated to the complex and rich intersections between Hobbes's political and religious thought. Written by experts in the field, the volume opens up newdirections for thinking about his treatment of religion as a political phenomenon and the political dimensions of his engagement with Christian doctrines and their history. The chapters investigate his strategies for showing how his provocative political positions could be accepted by differentreligious audiences for whom fidelity to religious texts was of crucial importance, while also considering the legacy of his ideas and examining their relevance for contemporary concerns. Some chapters do so by pursuing mainly historical inquiries about the motives and circumstances of Hobbes's writings, while others reconstruct the logic of his arguments and test their philosophical coherence. They thus offer wide-ranging and sometimes conflicting assessments of Hobbes's ideas, yet they alldemonstrate how closely intertwined his political and religious preoccupations are and thereby showcase how this perspective can help us to better understand his thought.
Visa hela texten