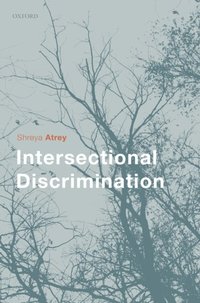 av Shreya Atrey
E-bok (PDF - DRM), Engelska, 2019-09-25
1059
Ladda ned
Spara som favorit
Laddas ned direkt
Läs i vår app för iPhone, iPad och Android
Finns även som
Visa alla 2 format & utgåvor
This book examines the concept of intersectional discrimination and why it has been difficult for jurisdictions around the world to redress it in discrimination law. 'Intersectionality' was coined by Kimberle Crenshaw in 1989. Thirty years since its conception, the term has become a buzzword in sociology, anthropology, feminist studies, psychology, literature, and politics. But it remains marginal in the discourse of discrimination law, where it was firstconceived. Traversing its long and rich history of development, the book explains what intersectionality is as a theory and as a category of discrimination. It then explains what it takes for discrimination law to be reimagined from the perspective of intersectionality in reference to comparative laws in theUS, UK, South Africa, Canada, India, and the jurisprudence of the European Courts (CJEU and ECtHR) and international human rights treaty bodies.
Visa hela texten