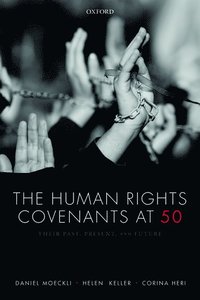 The Human Rights Covenants at 50

Their Past, Present, and Future