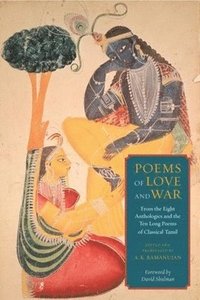 Poems of Love and War

A. K. Ramanujan (1929-1993) was a scholar, poet, novelist, and playwright who wrote in English and Kannada. Until his death, he served as the William E. Colvin Professor in the Department of South Asian Languages and Civilizations and on the Committee of Social Thought at the University of Chicago and was the recipient of a MacArthur Fellowship.David Shulman is the Renee Lang Professor of Humanistic Studies at the Hebrew University in Jerusalem and one of the world's foremost authorities on the languages of India.