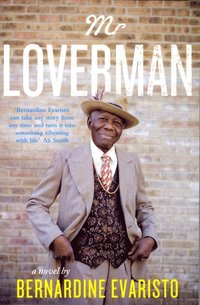 From the Booker prize-winning author of Girl, Woman, Other

av Bernardine Evaristo
Häftad Engelska, 2013-08-29
102
Köp
Spara som favorit
Finns även som
Visa alla 1 format & utgåvor
Treat a loved one to this joyful, big-hearted read from Booker Prize-winning novelist Bernardine Evaristo... '[Mr Loverman is] Brokeback Mountain with ackee and saltfish and old people' Dawn French WINNER OF THE JERWOOD FICTION UNCOVERED PRIZE 2014 and FERRO GRUMLEY AWARD FOR LGBT FICTION 2015 Barrington Jedidiah Walker is seventy-four and leads a double life. Born and bred in Antigua, he's lived in Hackney since the sixties. A flamboyant, wise-cracking local character with a dapper taste in retro suits and a fondness for quoting Shakespeare, Barrington is a husband, father and grandfather - but he is also secretly homosexual, lovers with his great childhood friend, Morris. His deeply religious and disappointed wife, Carmel, thinks he sleeps with other women. When their marriage goes into meltdown, Barrington wants to divorce Carmel and live with Morris, but after a lifetime of fear and deception, will he manage to break away? Mr Loverman is a ground-breaking exploration of Britain's older Caribbean community, which explodes cultural myths and fallacies and shows the extent of what can happen when people fear the consequences of being true to themselves.
Visa hela texten

Mr Loverman is hilarious, poignant, clever, controversial and courageous in equal measure. Loved, loved, loved it! -- Dawn French A brave and important story ... I enjoyed it enormously -- Jonathan Kemp, author of London Triptych Bernardine Evaristo can take any story from any time and turn it into something vibrating with life -- Ali Smith An undeniably bold and energetic writer, whose world view is anything but one-dimensional Sunday Times This riproaring, full-bodied riff on sex, secrecy and family is Bernardine Evaristo's seventh book. If you don't yet know her work, you should - she says things about modern Britain that no one else does -- Maggie Gee Guardian Evaristo has a lot going on in this unusual urban romance, but beneath her careful study of race and sexuality is a beautiful love story. Not many writers could have two old men having sexual intercourse in a bedsit to a soundtrack of Shabba Ranks's Mr Loverman and save it from bad taste, much less make it sublime. But the hero of this book, and his canny creator, make everything taste just fine Daily Telegraph A pacey fable about summoning both the daring and the art to live a truthful life ... her writing simply fizzes with musical energy Express A brilliant study of great characters in modern London Independent Funny, brave ... I loved Mr Loverman -- Ian Thomson Spectator Transforms our often narrow perceptions of gay men in England ... Comical, agonising and, ultimately, moving Independent Heartbreaking yet witty, this is a story that needed to be told -- Jackie Kay Observer

Bernardine Evaristo, MBE, is the award-winning author of eight books of fiction and verse fiction that explore aspects of the African diaspora. Her novel Girl, Woman, Other made her the first black woman to win the Booker Prize in 2019, as well winning the Fiction Book of the Year Award at the British Book Awards in 2020, where she also won Author of the Year, and the Indie Book Award. She also became the first woman of colour and black British writer to reach No.1 in the UK paperback fiction chart in 2020. Her writing spans reviews, essays, drama and radio, and she has edited and guest-edited national publications, including The Sunday Time's Style magazine. Her other awards and honours include an MBE in 2009. Bernardine is Professor of Creative Writing at Brunel University, London, and Vice Chair of the Royal Society of Literature. She lives in London with her husband. www.bevaristo.com