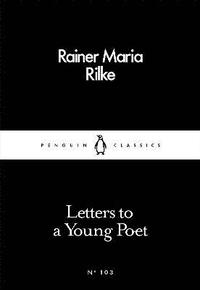 Letters to a Young Poet

av Rainer Maria Rilke
(2 röster)
Häftad Engelska, 2016-03-03
33
Köp
Spara som favorit
Finns även som
Visa alla 8 format & utgåvor
'What matters is to live everything. Live the questions for now.' A hugely influential collection for writers and artists of all kinds, Rilke's profound and lyrical letters to a young friend advise on writing, love, sex, suffering and the nature of advice itself. One of 46 new books in the bestselling Little Black Classics series, to celebrate the first ever Penguin Classic in 1946. Each book gives readers a taste of the Classics' huge range and diversity, with works from around the world and across the centuries - including fables, decadence, heartbreak, tall tales, satire, ghosts, battles and elephants.
Visa hela texten

Rainer Maria Rilke was born in 1875 in Prague. He studied literature, art history and philosophy in both Munich and Prague, and is often considered one of the German language's greatest 20th century poets. His two most famous verse sequences are the Sonnets to Orpheus and the Duino Elegies; his two most famous prose works are the Letters to a Young Poet and the semi-autobiographical The Notebooks of Malte Laurids Brigge.