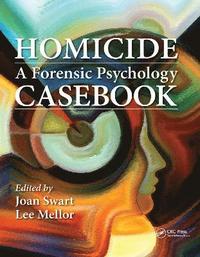 av Joan Swart, Lee Mellor
Häftad Engelska, 2020-06-30
500
Köp
Spara som favorit
Finns även som
Visa alla 1 format & utgåvor
Forensic psychology plays an increasingly important role in criminal investigations and legal decision-making. Homicide: A Forensic Psychology Casebook guides readers through the practical aspects of homicide cases across the entire criminal justice system, from the investigative process to the criminal trial process, and beyond. Each chapter contains a description and analysis of selected cases and offenders, and provides a crime narrative and offender narrative to illustrate the underlying theory and practical considerations of homicide investigations. Criminal justice students and practitioners alike will benefit from the comprehensive scope of this text. In order to ensure fair and efficient criminal justice practices in the field of forensic investigation, there is still a need for conformity and standardization of sound protocols and approaches based on improved knowledge and education. This book is part of that effort to understand homicidal behavior and offenders better in order to prevent similar crimes.
Visa hela texten

Joan Swart holds a Psy.D. in Forensic Psychology from the Eisner Institute for Professional Studies in Encino, CA where she is also currently a lecturer for doctorate students. She also holds an M.S. Forensic Psychology from Walden University in Minneapolis, MN, and an MBA. Joan is a forensic psychologist, researcher, lecturer, and consultant based in Cape Town, South Africa. She is also an editorial review board member of the International Journal of Behavioral Consultation and Therapy and the chairperson of the Peer Review Journal Committee the American Investigative Society of Cold Cases (AISOCC), where she also serves on the Behavioral Science consulting committee. Her primary areas of interest are the assessment and treatment of adolescent with conduct problems, violent forensic populations, behavioral and personality assessment, and the psychology of terrorism and armed conflict. Joan has authored a variety of publications-including a book titled "Treating Adolescents with Family- Based Mindfulness" that is planned for publication early in 2015 by Springer-and presented on topics of adolescent therapy, psychopathy and antisocial behavior, the effect of epigenetics on aggression, and serial sex offenders. Other biographical links are as follows: LinkedIn: http://www.linkedin.com/in/joansw Wikipedia: https://en.wikipedia.org/wiki/Joan_Swart Lee Mellor is currently a PhD candidate. Lee was born in the United Kingdom and raised in southern Ontario. The author of "Cold North Killers: Canadian Serial Murder", and "Rampage: Canadian Mass Murder and Spree Killing", he is also a noted singersongwriter. Lee is lead editor and contributor of a book titled "Necrophilia: A Global Perspective" that is planned for publication by Cognella in 2015. Currently, he is pursuing a PhD in the study of multicide and sexual violence at Concordia University, Montreal, where he holds a B.A. in history. Lee is also chairperson of the Academia Consulting Committee at AISOCC, co-founder of the Grinning Man Press, and editor-in-chief of the Serial Killer Quarterly. Other biographical links are as follows: LinkedIn: http://www.linkedin.com/pub/lee-mellor/31/809/ab8. Wikipedia: https://en.wikipedia.org/wiki/Lee_Mellor