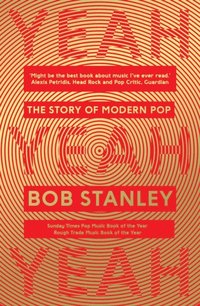 The Story of Modern Pop

av Bob Stanley
E-bok (EPUB - DRM), Engelska, 2013-09-13
164
Ladda ned
Spara som favorit
Ladda ned och läs i en e-boksläsare. Tips på appar
Finns även som
Visa alla 1 format & utgåvor
Modern pop began in 1952 when the first British chart was published and the first 7&quote singles were released. It ended (perhaps) in 1995 when Robson and Jerome reached the top of the charts with the first number one not to be available on vinyl since 1953. The internet age ushered in the death rites of over 40 years of pop.A Complete History Pop describes the journey that leads from 'Rock Around the Clock' to 'Crazy in Love'. Raw, thrilling, surprising and sometimes downright dangerous, the Pop moment almost always clocks in under 3:30 and is initially, immediately recognised by a teenage listener.Billy Fury. Chuck Berry. Sonny and Cher. The Troggs. Glen Campbell. Bee Gees. Roxy Music. Chic. Slade. Sex Pistols. Adam and the Ants. Pet Shop Boys. New Order. Madonna. Bob Stanley's A Complete History of Pop documents the rich soundtrack of the last six decades as it has been heard on radios and jukeboxes across the land.There have been many books on pop but very few, if any, have attempted to bring the whole story to life from rock n roll to house and techno in all its various sub-permutations. Audacious and addictive, A Complete History of Pop is a one-stop pop shop for the music lover everywhere.
Visa hela texten