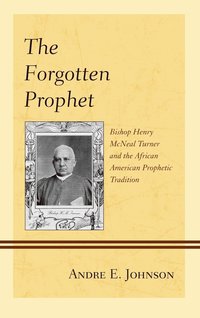 Johnson's analysis of this forgotten prophet's rhetoric offers fresh insights to scholars interested in the ways in which minority groups adopt radical, dissident, and prophetic stances in discourse. . . .The lasting significance of Johnson's work in The Forgotten Prophet is three-fold. First, he builds on and expands previous rhetorical scholarship on the prophetic tradition and enables future scholars to examine a wider field of texts from a prophetic standpoint. Second, the historical component of this analysis recovers lesser known ideas from the Reconstruction Era for a new generation to consider. . . .Finally, Turner's rhetoric is a powerful example of what it means to be prophetic: to fight in love for sacred values in defense of those who have no voice. * Rhetoric & Public Affairs * Andre Johnson's study of the speeches of Henry McNeal Turner, from his optimistic Emancipation Day Address in 1866, to sober reflections on the fiftieth anniversary of the proclamation in 1913, is an important step in recovering the story of African-Americans in the South during Reconstruction. Framing Turner's powerful words as examples of prophetic rhetoric, Johnson shows how even Turner's most pessimistic comments spoke to a wide audience eager for freedom yet demoralized by prejudice, discrimination, and violence. Although Turner's answer to the nation's racism-emigration-did not become a major movement in his lifetime, Johnson's study of Turner's prophetic voice enlarges our understanding of this neglected, but important figure in American history. -- Sandra J. Sarkela, The University of Memphis