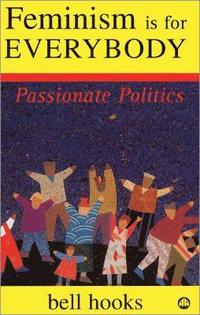 Feminism is for Everybody

av Bell Hooks
Häftad Engelska, 2000-10-01
224
Köp
Spara som favorit
Finns även som
Visa alla 3 format & utgåvor
'Simply put, feminism is a movement to end sexism, sexist exploitation, and oppression.' So begins Feminism is for Everybody, a short, accessible introduction to feminist theory by one of its most influential practitioners. Designed to be read by all genders, this book provides both a primer to the question 'what is feminism?' and an argument for the enduring importance of the feminist movement today. Beginning with a broad survey of feminism's most important themes and concerns, bell hooks demystifies contentious concepts and turns apparent ideology into common sense. Providing a critical evaluation of the successes and failures of contemporary feminism, she looks at a wide variety of topics including reproductive rights, sexual violence, race, class and work. hooks encourages us to demand alternatives to patriarchal, racist and homophobic culture and thereby to seek out a different future.
Visa hela texten

bell hooks is an author, feminist and activist, whose writing is at the juncture of race, class, and gender. A figurehead of intersectionality, she has authored numerous feminist classics and in 2014 the bell hooks institute was founded in her name. Her books include Ain't I a Woman (Pluto, 1987), Feminist Theory (Pluto, 2000), Feminism is for Everybody (Pluto, 2000), Talking Back, (Routledge, 2014) and Breaking Bread (Routledge, 2016). She is currently Professor of English at City College, City University of New York.