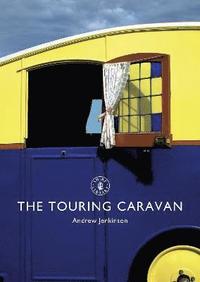 av Andrew Jenkinson
Häftad Engelska, 2014-09-10
127
Köp
Spara som favorit
Finns även som
Visa alla 2 format & utgåvor
From the original horse-drawn caravan to the sophisticated and well-appointed luxury leisure vehicle we know today, this book follows the dynamic evolution of the touring caravan over the last century. Using a selection of images from his archive, expert Andrew Jenkinson reveals how technical advances as well as interior design revolutionised the touring caravan in the United Kingdom, and how caravanning became a culture and a lifestyle choice. Covering well-known brands such as Eccles, Sprite, Swift and Bailey, this lively and informative book will appeal to caravan enthusiasts and social historians alike, and rekindle happy memories for anyone who has holidayed in a touring caravan.
Visa hela texten

Andrew Jenkinson is a motorhome historian, who owns archive material dating back to 1919. He has followed the UK industry since 1970 and began writing for the caravan press in 1992 with a series named 'Classic Caravans'. He tests new and used caravans and motorhomes, has written five books about caravans and motorhomes, and has appeared on television and radio covering caravans old and new.