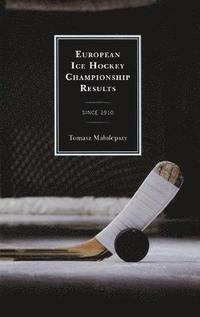 This book charts the growth and history of ice hockey in Europe. It is largely a statistical recap of men's and women's competitions dating from the first competition of the sport in Europe in 1910 through 2012. Since then a total of 66 championships have been competed, most of which were world championships or the Olympics. The work also chronicles the history of women's European championships, which, unfortunately, only included five championship games from 1989-1996 before being discontinued. The work begins with a two-page introduction to the history of the sport. . . .The bulk of the volume consists of statistics on game results, team rosters, medalists, and standings for European championship games. The work also includes a list of unique records, some of which have never been published. * American Reference Books Annual *

Tomasz Malolepszy is assistant professor of mathematics at the University of Zielona Gora in Poland. A mathematician, sport historian, and statistician, he is the author of Historia Koszykowki - Mistrzostwa Europy od Szwajcarii 1935 r. do Polski 2009 r., a history of the European Basketball Championships published in his native Polish.