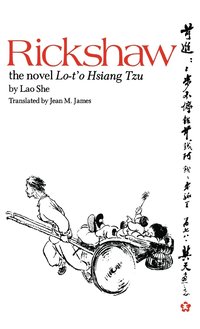 One of the most accessible and evocative works of Chinese fiction."" --Times Literary Supplement

Lao She was born in Beijing in 1899 and spent most of his life in China. His family was very poor, and were it not for a rich uncle who sponsored his education, it is likely that he would have been illiterate. From 1924 until 1930, he taught Chinese language and literature at London University's School of Oriental Studies. He read widely in English literature and particularly admired the works of Charles Dickens, to whom he has been compared. His life was distinguished by dynamic energy and constant hard work, resulting in a body of literature that has endeared him to his readers. He died during the Cultural Revolution in 1966.