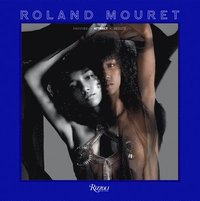 "The French designer in conversation with fashion writer and historian Fury. This ode to Mouret and his company is more valuable for its Q-and-A text than the photos of various models and collections. It's all very French: "You know, I've learnt everything about fashion in bed," Mouret says. 'Every body I've touched has taught me something about dressing it.'" ~Associated Press

Roland Mouret is a French fashion designer based in London. Mouret was born in 1961. His father was a butcher; his mother worked as a maid in one of the abundant hotels catering to Lourdes's influx of religious devotees. Those strange conflicting worlds, of flesh and bone, of religion, of working uniforms and saintly drapery, marked his young life, molding his nascent aesthetic. Thirty-six years later, their inherent contradictions would fuse together, when Roland Mouret sat down, and draped a dress. Alexander Fury is a fashion journalist, author and critic. He has recently been appointed Editor of AnOther Magazine. In 2016, Fury was appointed the first Chief Fashion Correspondent at T: The New York Times Style Magazine. Prior to this, from 2013 to 2016 Fury was fashion editor of the Independent and the Independent on Sunday newspapers. He was the inaugural Men's Critic for American Vogue.com, covering the Winter 2016 and Spring 2017 menswear seasons. Fury was the first journalist to receive the Editorial Intelligence Award for Fashion Commentator of the Year 2014-15, and was named one of InStyle magazine's twenty most powerful people in fashion in 2015. His first book, Dior: Catwalk is published by Thames and Hudson in 2017.