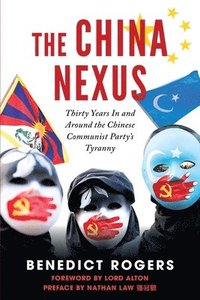 av Benedict Rogers, David Alton, Nathan Law
Häftad Engelska, 2022-10-31
275
Köp
Spara som favorit
Finns även som
Visa alla 1 format & utgåvor
Benedict Rogers, born in London, England, first went to China at age 18 to teach English for six months in Qingdao (1992), three years after the Tiananmen Square massacre. That opened the door to a thirty-year adventure with China, from teaching English in schools and hospitals to working as a journalist in Hong Kong for the first five years after the handover to travelling to China's borders with Myanmar/Burma and North Korea to document the plight of refugees escaping from Beijing-backed satellite dictatorships and then campaigning for human rights in China, especially for Uyghurs, Christians and Falun Gong practitioners, human rights defenders, journalists and dissidents, and the people of Hong Kong.This book tells the story of his fight for freedom for the peoples of China and neighbouring countries Myanmar and North Korea and sets out how a global movement for human rights in China is emerging and what the free world should do next. It describes the importance of the "China Nexus" in the author's journey and geopolitics and its challenges. Pioneering international inquiries into forced organ harvesting from prisoners of conscience, the genocide of the Uyghurs and global action for Hong Kong, as well as highlighting the Vatican's silence, the author has been at the heart of advocacy for human rights in China in recent years.In 2017, on the orders of Beijing, he was denied entry to Hong Kong, 20 years after he had moved to the city and began his working life as a journalist and activist. Benedict Rogers co-founded Hong Kong Watch and worked with a variety of other international groups at the forefront of the fight for freedom, including the Inter-Parliamentary Alliance for China (IPAC), the Stop Uyghur Genocide Campaign, the China Democracy Foundation, the Conservative Party Human Rights Commission which he co-founded, and the international human rights organization CSW with which he has worked for over 25 years.This book hits the Chinese Communist Party hard on their lack of Human Rights efficacy, genocide, and despicable and barbaric organ harvesting programs (an estimated $1 billion US a year business).Rogers takes the readers on a journey through some of the leaders and participants in the Human rights activities that China has suppressed since its inception in 1949. He goes on to dispute and lays to rest all of the specious claims by the tyrants in Beijing that all Chinese citizens are equal and are afforded human and civil rights. Currently, the regime is engaged in re-education, cultural assimilation, and multiple genocides, leading to better citizens for China and the world if one believes Chinese officials.China's ambassador to Canada says reports of genocide and forced labour of Uyghur Muslims in Xinjiang province are the "lie of the century," despite international bodies like the United Nations deeming the reports of such activities "numerous and credible."The author will completely dispel that notion.
Visa hela texten