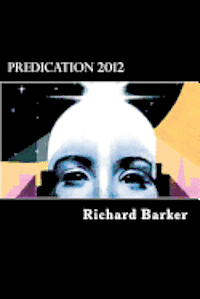 av Richard Barker, Vivienne Dubourdieu, Harry Grindrod
Häftad Engelska, 2012-01-31
138
Köp
Spara som favorit
"The book's called PREDICATION 2012 because this is the starting point for a potential shift in human consciousness." "Surely," Jean wonders as she snoops around Professor Murray's office," a Nobel Prize winner could choose a more illustrious post? Why not one in Paris, New York or even in London?" Predication 2012 was inspired by Mayan end date, 21 December 2012. This also marked the end of the Sun's 26,000 year journey around the galaxy to the centre of the Milky Way where it lined-up with a black hole. The effects of this alignment - regarded by many as 'The Shift' - have begun. They are invisible but potent. Can we raise our vibrations sufficiently to save the earth and ourselves from disaster? Jean is Hygiene Director for the new Science Block of Birmingham University, headed by Ethan Murray, an American professor who recently won a Nobel Prize for his work on telepathy. But why is the new professor so fascinated by Jean? He is not the only one. Charismatic Stewart Richanti controls the media and has built a glamorous 'Ark for Armageddon' in the Middle East. He invites the wealthy and the lucky to Oasis, where the 'unlucky' - dead or alive - will serve them. Richanti has a keen eye on Jean. He knows that Jean holds a crucial key to the meaning of The Shift! As the book moves from biographical narrative into a fast-paced sci-fi thriller, moments of zany comedy side with others of knuckle-whitening tension. The reader joins a race against time to turn the tables on those who would turn us into puppets... or compost.
Visa hela texten