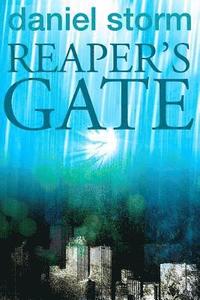 av Daniel Storm
Häftad Engelska, 2010-01-01
179
Köp
Spara som favorit
This 2008 copyrighted story relates various aspects of a failed execution by lethal injection and the resultant twists. Johnny Lee Childress is a convicted child killer who is a pariah even among his peers on Death Row. After the physician injects Childress with chemicals that should have shut down his breathing and heartbeat, the condemned man slips into a coma. He awakens ten days later a totally different man. He is affable and tells the world that Childress is dead. It seems that while awaiting final judgement, his spirit followed the light trail back to the execution chamber. Jonathon, as he now calls himself because he does not know exactly who he is, argues that he is not the killer and should not be executed. Jonathon becomes an international figure overnight. Eventually he is granted a new trial and is acquitted.
Visa hela texten

Has a Five Star rating with Amazon.com TV: ABC Channel 12, in Wisconsin CBS Channel 58 in Wisconsin Fox 6 in Milwaukee

Daniel Storm is Native American and ascribes to the Blackfoot heritage and ways. He grew up in Illinois and Wisconsin, where he attended the University of Wisconsin and ultimately studied law. After college, he participated in defending some of America's most notable crime figures, while associated with prestigious law firms. As the author of numerous crime novels, he spends hours creating stories that compel readers to devote their undivided attention. Internationally, he is on the threshold of tremendous success, despite retaining control of his stories, the production of his books, and their distribution.