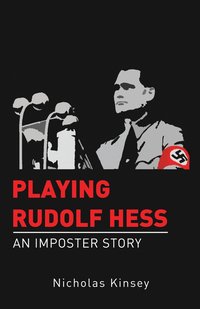 av Nicholas Kinsey
Häftad Engelska, 2017-01-10
299
Köp
Spara som favorit
In 1973 the aging Nazi war criminal Rudolf Hess was taken from Spandau Prison to the British Military hospital in Berlin for a medical examination attended by specialists from the four Allied powers. Dr Terry supervised the X-rays and was shocked to discover that the prisoner had no scarring on his chest. The real Rudolf Hess had been shot through the left lung in Romania in 1917, and had large scars on his chest. Dr Terry decided to investigate, and ran into a MI5 officer, Paul Cummings, whose job was to discourage such efforts. In a Berlin 'biergarten,' Cummings threatened Dr. Terry with the Official Secrets Act, and revealed his own relationship to the man. He told Terry how Hess had parachuted into Scotland in 1941, and was interrogated by the secret services who, in short order, completely debunked his story. MI5 put together a team of intelligence officers to investigate the Hess double led by Cummings and his German wife, Claudia. They put the man under intense surveillance at Mytchett House in Surrey and later at Maindiff Court in Abergavenny, Wales where Cummings learned the story of his recruitment and training by the SS...
Visa hela texten