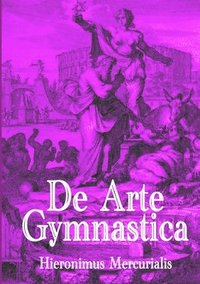 av Hieronymus Mercurialis
Häftad Latin, 2012-05-15
214
Köp
Spara som favorit
Published in 1569, De arte gymnastica, was written by Geronimo Mercuriali (Hieronymus Mercurialis, 1530-1606). Several reissues were published including one in 1672 in Amsterdam by Frisuis with a title page made by artist Romeyn de Hooghe. Geronimo Mercuriali was an Italian philologist and physician. In Rome in Italy he was very well connected and had free access to many libraries where he studied the classical and medical literature of the Grecians and Romans. He translated many Crecian books. He taught as a professor at the university in Padua. In his book De arte gymnastica he divided exercise into three groups: regular exercise which includes medical use, military exercise and athletic exercise. He describes many forms of exercise like dancing, ball games, walking, running, jumping, discus exercise, dumbbell exercise, throwing, singing, riding, swimming, wrestling, boxing and even fishing and hunting. Every form is described with its benefits.
Visa hela texten