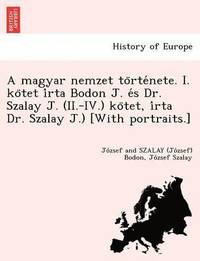 ++++
The below data was compiled from various identification fields in the bibliographic record of this title. This data is provided as an additional tool in helping to insure edition identification:
++++
British Library
Bodon, Jozsef and SZALAY (Jozsef); Szalay, Jozsef
1879
4 kot. ; 4.
9315.h.6.