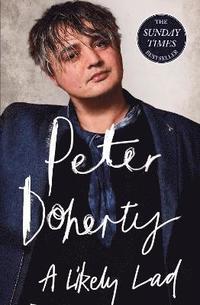 av Peter Doherty, Simon Spence
Inbunden Engelska, 2022-06-16
235
Köp
Spara som favorit
Finns även som
Visa alla 3 format & utgåvor
Peter Doherty's is the last of the great rock 'n' roll stories - bad boy and public enemy. To his devoted fans, he is a cult hero, a modern-day Rimbaud. Musically, he has defined the past twenty years of indie rock with his sound, lyrics, lifestyle and aesthetic. Since The Libertines rose to international fame, Doherty has proved endlessly fascinating. A whirlwind of controversy and scandal has tailed him ever since the early 2000s, so much so that all too often his talents as a songwriter and performer have been overlooked; for every award and accolade, there is a scathing review. Hard drugs, tiny gigs on the hoof, huge stadium shows, collaborations, obliterations, gangsters and groupies - Doherty has led a life of huge highs and incredible lows. With his wildest days behind him, Doherty candidly explores - with sober and sometimes painful insight - some of his greatest and darkest moments, taking us inside the creative process, decadent parties, substance-fuelled nights, his time in prison and tendency for self-destruction. With his trademark wit and humour, Doherty also details his childhood years, key influences, pre-fame London shenanigans, and reflects on his era-defining relationship with Libertines co-founder Carl Barat and other significant people in his life. There is humour, warmth, insight, baleful reflection and a defiant sense of triumph. A Likely Lad is Doherty's version of the story - the genuine man behind the fame and infamy. This is a rock memoir like no other.
Visa hela texten

Doherty wasn't just at the heart of that era, he defined it, in ways both good and bad. Who better to capture the excitement but also the bleakness of that period than him? -- Hadley Freeman * Guardian * Reveals unexpected details . . . Intimate, often salacious * Sunday Times * Lucid, candid and, ultimately, hopeful * Observer * Expertly pieced together . . . An extraordinary hymn to indie's own Rimbaud and degenerate noughties London * Mojo * A defiant and humorous look at one of the most infamous rockers of the 21st century * Far Out Magazine * [A]n easily digestible page-turner . . . plenty of new stories * i News * Overloaded with compelling stories - many funny, some haunting * New Statesman *

Peter Doherty is a musician and singer-songwriter. He is one of the frontmen for the rock band, the Libertines, and previously formed Babyshambles and the Puta Madres. Peter's music is as eclectic as it is introspective, and is consistently thought of one of the leading lights on the British rock scene. Born into a military family, Doherty spent much of his youth moving from place to place across Europe. He immersed himself in books and poetry - something that is evident in his lyric-writing to this day.