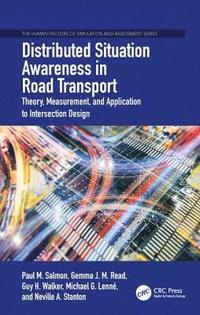 av Paul M Salmon, Guy H Walker, Michael G Lenne, Neville A Stanton, Gemma J M Read
Inbunden Engelska, 2018-11-19
1821
Köp
Spara som favorit
Finns även som
Visa alla 2 format & utgåvor
How can we design transport environments that cater to the situation awareness needs of different end-users? This book answers this question by showcasing how state-of-the-art human factors theory and methods can be used to understand how situation awareness differs across drivers, cyclists, motorcyclists, and pedestrians and creates new designs that cater to these diverse situation awareness needs. Written by experts in the field and based on a major program of work funded by the Australian Research Council, this book outlines the distributed situation awareness model and provides practical guidance on how to study situation awareness naturalistically and how to create designs that support, rather than hinder, situation awareness. The book closes by outlining outline a generic framework to support similar applications in other areas, and discusses future applications in areas such as vehicle automation, artificial intelligence, and cybersecurity. Features Challenges traditional road safety analysis, design processes and conventions Outlines a novel on-road study methodology for analyzing naturalistic interactions among drivers, cyclists, motorcyclists and pedestrians Presents a review of state-of-the-art situation awareness theory and methods Provides practical guidance on a series of human factors methods Describes a framework to support the design of transport environments Evaluates new intersection concepts that encompass features designed to prevent collisions at intersections
Visa hela texten

Paul M. Salmon is a professor in Human Factors and is the creator and director of the Centre for Human Factors and Sociotechnical Systems (www.hf-sts.com) at the University of the Sunshine Coast. Paul currently holds an Australian Research Council Future Fellowship in the area of transport safety. He has a 17-year track record of applied Human Factors research in areas such as road and rail safety, aviation, defence, sport and outdoor recreation, healthcare, workplace safety, land use and urban planning, and cybersecurity. Paul's research has focused on understanding and optimizing human, team, organisational and system performance through the application of Human Factors theory and methods. He has co-authored 14 books, over 180 peer reviewed journal articles, and numerous book chapters and conference contributions. He has received many awards and accolades for his research and in 2016 was awarded the Human Factors and Ergonomics Society Australia's Cumming Memorial Medal for his contribution to Human Factors research and practice. Gemma J. M. Read is a senior research fellow at the Centre for Human Factors and Sociotechnical Systems at the University of the Sunshine Coast, Queensland, Australia and currently holds an Australian Research Council Discovery Early Career Award. She completed her PhD in human factors at the Monash University Accident Research Centre, Victoria, Australia, in 2015, focussed on the development of a design toolkit for use with Cognitive Work Analysis. Prior to this, she completed a postgraduate diploma in psychology and undergraduate degrees in behavioural science and law. Read has more than 10 years' experience applying human factors methods in transportation safety, predominantly within the area of transport safety regulation. Guy H. Walker is an associate professor within the Centre for Sustainable Road Freight at Heriot-Watt University in Edinburgh. He lectures on transportation engineering and Human Factors and is the author/co-author of over 100 peer reviewed journal articles and 13 books. He has been awarded the Institute for Ergonomics and Human Factors (IEHF) President's Medal for the practical application of Ergonomics theory and Heriot-Watt's Graduate's Prize for inspirational teaching. Dr Walker has a BSc Honours degree in Psychology from the University of Southampton, a PhD in Human Factors from Brunel University, is a Fellow of the Higher Education Academy, and a member of the Royal Society of Edinburgh's Young Academy of Scotland. His research has featured in the popular media, from national newspapers, TV and radio through to an appearance on the Discovery Channel. He has previously owned a Suzuki SC100 Whizzkid, two MkI Ford Fiesta XR2's, two Suzuki TL1000R superbikes, and currently drives an Audi S1. Michael G. Lenne is an adjunct professor (research) at the Monash University Accident Research Centre (MUARC), Victoria, Australia. He obtained a PhD in human factors psychology in 1998 and has since worked in a number of research roles in university and government settings. His most recent academic position was Professor in human factors at MUARC where his research program used simulation and instrumented vehicles to study the impacts of vehicle design, technology and road design on behavior and safety. His research is widely disseminated and published in over 120 journal publications, five books and over 200 reports that provide practical recommendations to stakeholders. He has been the Guest Editor for three journal special issues since 2014, and has served on the Editorial boards of the fields leading journals. In 2014 he moved to a scientific role in industry where his primary focus is to develop research partnerships that directly support the development of technology to improve transport safety. He maintains academic collaborations through his adjunct role at MUARC including the flagship Enhanced Crash Investigation Study. Neville A. Stanton PhD, DSc, is a Chartered Psycholog