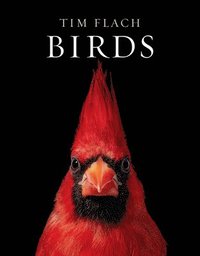 av Tim Flach
Inbunden Engelska, 2021-11-11
389
Köp
Spara som favorit
Finns även som
Visa alla 1 format & utgåvor
Birds of the world are portrayed in all their colorful glory by Tim Flach, the world's leading animal photographer Radiating grace, intelligence, and humor, and always in motion, birds tantalize the human imagination. Working for years in his studio and the field, Tim Flach has portrayed nature's most exquisite creatures alertly at rest or dramatically in flight, capturing intricate feather patterns and subtle coloration invisible to the naked eye. From familiar friends to marvelous rarities, Flach's birds convey the beauty and wonder of the natural world. Here are all manner of songbirds, parrots, and birds of paradise; birds of prey, water birds, and theatrical domestic breeds. The brilliant ornithologist Richard O. Prum is our guide to this magical kingdom.
Visa hela texten

Tim Flach's mission as a photographer is to better connect people to the natural world. His previous books from Abrams include Endangered (2017), More Than Human (2012), Dogs (2010), and Equus (2008). An honorary fellow of the Royal Photographic Society, he lives and works in London. Richard O. Prum is the author of The Evolution of Beauty (2017), named one of the best books of the year by the New York Times and a finalist for the Pulitzer Prize. A professor of ornithology at Yale University and MacArthur Fellow, he lives in New Haven, Connecticut.