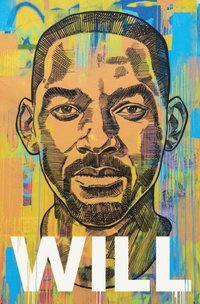 av Will Smith, Mark Manson
E-bok (EPUB - DRM), Engelska, 2021-11-09
Den här boken kan endast laddas ned av privatpersoner.
158
Den här boken kan endast laddas ned av privatpersoner.
Ladda ned
Spara som favorit
Laddas ned direkt
Läs i vår app för iPhone, iPad och Android
Finns även som
Visa alla 3 format & utgåvor
The Instant Sunday Times BestsellerThe Instant #1 New York Times BestsellerPRAISE FOR WILL'The best memoir I ever read' Oprah Winfrey'If you read one book this year, make it this one' Jay Shetty'Incredible' Idris Elba'The book is awesome. So candid and considered...fascinating' Chris Evans'A triumph...really inspiring, so well written, vulnerable and deep. I highly recommend it' Mindy Kaling'It's fantastic...very moving' Zoe Ball'Incredibly honest...inspiring' Greg James'A wild ride' New York Times'Raw, comedic, inspirational' GQOne of the most dynamic and globally recognized entertainment forces of our time opens up fully about his life, in a brave and inspiring book that traces his learning curve to a place where outer success, inner happiness, and human connection are aligned. Along the way, Will tells the story in full of one of the most amazing rides through the worlds of music and film that anyone has ever had.Will Smith's transformation from a fearful child in a tense West Philadelphia home to one of the biggest rap stars of his era and then one of the biggest movie stars in Hollywood history, with a string of box office successes that will likely never be broken, is an epic tale of inner transformation and outer triumph, and Will tells it astonishingly well. But it's only half the story. Will Smith thought, with good reason, that he had won at life: not only was his own success unparalleled, his whole family was at the pinnacle of the entertainment world. Only they didn't see it that way: they felt more like star performers in his circus, a seven-days-a-week job they hadn't signed up for. It turned out Will Smith's education wasn't nearly over. This memoir is the product of a profound journey of self-knowledge, a reckoning with all that your will can get you and all that it can leave behind. Written with the help of Mark Manson, author of the multi-million-copy bestseller The Subtle Art of Not Giving a F*ck, Will is the story of how one exceptional man mastered his own emotions, written in a way that can help everyone else do the same. Few of us will know the pressure of performing on the world's biggest stages for the highest of stakes, but we can all understand that the fuel that works for one stage of our journey might have to be changed if we want to make it all the way home. The combination of genuine wisdom of universal value and a life story that is preposterously entertaining, even astonishing, puts Will the book, like its author, in a category by itself.'Bracingly honest, vivid and compelling ... how an average talent became the biggest movie star in the world' The Times'The Hollywood star's autobiography is full of indiscretions, drug-fuelled escapades and terrible parenting. Who could ask for more?' Telegraph'It's not every day a Hollywood A-lister like Will Smith writes his life story - and there are certainly some eye-popping revelations' Sun'Candid ... digs into the life events which fine-tuned Smith's weapons-grade charisma and steely determination' Observer'I absolutely loved it...no holds barred...I felt as if Will Smith was talking to me. It's a testament to him and to his family' Lorraine Kelly
Visa hela texten