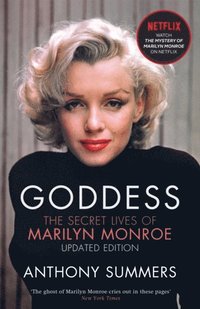 The Secret Lives Of Marilyn Monroe

The fullest factual account of Monroe's life and death we're likely to get * Evening Standard * Convincing evidence of a crude but effective cover-up which was designed to protect Robert Kennedy * Times Literary Supplement * Gets as near to the heart of the mystery as anyone ever will * Guardian * The most authoritative account ever written about the greatest sex symbol of them all * Woman * A remarkable performance . . . The ghost of Marilyn Monroe cries out in these pages * New York Times * [Marilyn] was a genius, a sorceress who could stimulate the world's sexuality and still seem innocent, turn on a light and become 'Marilyn Monroe.' And she has become eternal. This is the most believable, useful book of all the books about her -- Harvey Wasserman, former professor of psychiatry, Yale University College of Medicine Mesmerizing ... reads like something out of a Robert Ludlum thriller * BOSTON GLOBE * A very fine piece of writing * LITERARY REVIEW * Anthony Summers is one of the most highly skilled investigative reporters writing today -- Norman Mailer

Anthony Summers formerly covered wars and other world events for the BBC. His internationally acclaimed books include CONSPIRACY, a gripping study of the assassination of John F. Kennedy, and THE SECRET LIFE OF J. EDGAR HOOVER. A Pulitzer Prize Finalist he is the only two-time winner of the Gold Dagger for Crime Non-Fiction. He lives in Ireland with his wife and principal colleague Robbyn Swan.