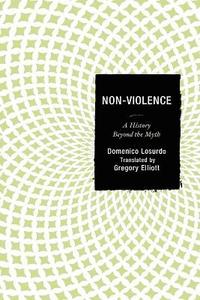 A History Beyond the Myth

av Domenico Losurdo
(1 röst)
Häftad Engelska, 2017-04-15
529
Köp
Spara som favorit
Finns även som
Visa alla 2 format & utgåvor
We know of the blood and tears provoked by the projects of transformation of the world through war or revolution. Starting from the essay published in 1921 by Walter Benjamin, twentieth century philosophy has been committed to the criticism of violence, even when it has claimed to follow noble ends. But what do we know of the dilemmas, of the "betrayals," of the disappointments and tragedies which the movement of non-violence has suffered? This book tells a fascinating history: from the American Christian organizations in the first decades of the nineteenth century who wanted to eliminate slavery and war in a non-violent way, to the protagonists of movements-Thoreau, Tolstoy, Gandhi, Capitini, M. L. King, the Dalai Lama-who either for idealism or for political calculation flew the flag of non-violence, up to the leaders of today's "color revolutions."
Visa hela texten

Domenico Losurdo is emeritus professor of philosophy at the University of Urbino.

Introduction: From the Broken Promises of Perpetual Peace to Non-Violence 1. Christian Abolitionism and Pacifism in the USA 2. From Pacifist Abolitionism to Gandhi and Tolstoy 3. Gandhi and the Socialist Movement: Violence as Discrimination? 4. The Anti-Colonialist Movement, Lenin's Party, and Gandhi's Party 5. Non-Violence in the Face of Fascism and the Second World War 6. Martin Luther King as the "Black Gandhi" and Afro-American Radicalism 7. Gandhi's Global Reputation and the Construction of the Non-Violent Pantheon 8. From Gandhi to the Dalai Lama? 9. "Non-Violence," the "Color Revolutions," and the Great Game 10. A Realistic Non-Violence in a World Prey to Nuclear Catastrophe