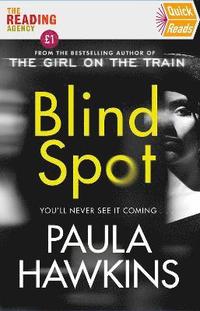 av Paula Hawkins
Häftad Engelska, 2022-04-14
19
Köp
Spara som favorit
'How can you say things like this? How can you be so blind?' Since they were kids, Edie, Jake and Ryan have been the closest of friends. It's been the three of them against the world. Edie thought the bonds between them were unbreakable. So when Jake is brutally murdered and Ryan accused of the crime, her world is shattered. Edie is alone for the first time in years, living in the remote house that she and Jake shared. She is grief-stricken and afraid - with good reason. Because someone is watching. Someone has been waiting for this moment. Now that Edie is alone, the past she tried so hard to leave behind is about to catch up with her... Praise for Paula Hawkins: 'Twists and turns galore . . . Paula Hawkins is a genius.' Lisa Jewell 'Gripping and intriguing.' S J Watson 'Utterly compelling.' Daily Mail
Visa hela texten

PAULA HAWKINS worked as a journalist for fifteen years before writing her first book. Paula was born and brought up in Zimbabwe. She moved to London in 1989 and has lived there ever since. Her first thriller, The Girl on the Train, has sold 23 million copies worldwide. Published in over fifty languages, it has been a Number 1 bestseller around the world and was a box office hit film starring Emily Blunt. Paula's second thriller, Into the Water, and her latest book, A Slow Fire Burning, were also instant Number 1 bestsellers.