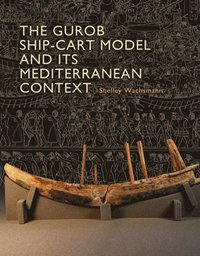 An Archaeological Find and Its Mediterranean Context

av Shelley Wachsmann, Alexis Catsambis, Donald H Sanders, Dan Davis, Christine A Prior
E-bok (EPUB - DRM), Engelska, 2013-01-09
163
Ladda ned
Spara som favorit
Laddas ned direkt
Läs i vår app för iPhone och iPad
When Shelley Wachsmann began his analysis of the small ship model excavated by assistants of famed Egyptologist W. M. F. Petrie in Gurob, Egypt, in 1920, he expected to produce a brief monograph that would shed light on the model and the ship type that it represented. Instead, Wachsmann discovered that the model held clues to the identities and cultures of the enigmatic Sea Peoples, to the religious practices of ancient Egypt and Greece, and to the oared ships used by the Bronze Age Mycenaean Greeks.Although found in Egypt, the prototype of the Gurob model was clearly an Aegean-style galley of a type used by both the Mycenaeans and the Sea Peoples. The model is the most detailed representation presently known of this vessel type, which played a major role in changing the course of world history. Contemporaneous textual evidence for Sherdenone of the Sea Peoplessettled in the region suggests that the model may be patterned after a galley of that culture. Bearing a typical Helladic bird-head decoration topping the stempost, with holes along the sheer strakes confirming the use of stanchions, the model was found with four wheels and other evidence for a wagon-like support structure, connecting it with European cultic prototypes.The online resources that accompany the book illustrate Wachsmann's research and analysis. They include 3D interactive models that allow readers to examine the Gurob model on their computers as if held in the hand, both in its present state and in two hypothetical reconstructions. The online component also contains high-resolution color photos of the model, maps and satellite photos of the site, and other related materials. Offering a wide range of insights and evidence for linkages among ancient Mediterranean peoples and traditions, The Gurob Ship-Cart Model and Its Mediterranean Context presents an invaluable asset for anyone interested in the complexities of cultural change in the eastern Mediterranean at the end of the Bronze Age and the beginning of the Iron Age. The Gurob ship-cart modelis/waspart of an exhibition entitledBeyond the Nile: Egypt and the Classical World,at the J. Paul Getty Center (March 27-September 9, 2018). Read about it here:http://blogs.getty.edu/iris/egyptian-ship-model-sheds-light-on-bronze-age-warfare-and-religion Digital supplement to the book featuring 3D models:http://www.vizin.org/Gurob/Gurob.html
Visa hela texten