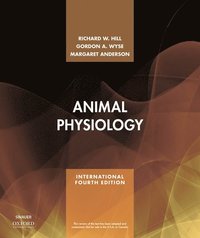 Richard W. Hill is Professor in the Department of Integrative Biology at Michigan State University and a frequent Guest Investigator at Woods Hole Oceanographic Institution. He received his Ph.D. in Zoology from the University of Michigan. Apart from the multiple editions of Animal Physiology, Dr. Hill is a coauthor of Principles of Life, Second Edition, and has authored two other books on animal physiology, as well as numerous articles for scientific journals, encyclopedias, and edited volumes. Among the awards he has received are the Outstanding Faculty Award (Michigan State University Senior Class Council) and election as Fellow of the American Association for the Advancement of Science. He was a U.S. Senior Fulbright Scholar from 2000-2001. His research interests include: temperature regulation and energetics in birds and mammals, especially neonates; and environmental physiology of marine tertiary sulfonium and quaternary ammonium compounds. Gordon A. Wyse is Professor of Biology Emeritus and Lecturer at the University of Massachusetts, Amherst. He completed his Ph.D. at the University of Michigan, then did postdoctoral and sabbatical work at Stanford University and Harvard Medical School. Dr. Wyse helped found the graduate program in Neuroscience and Behavior at UMass Amherst. He has served as Associate Dean of the College of Natural Sciences and Mathematics, and on the Editorial Board of Advances in Physiology Education. His research interests include the neural control of feeding behavior and other behavior patterns. Margaret Anderson is Professor Emerita of Biological Sciences at Smith College. After completing her Ph.D. at Stanford University, she undertook postdoctoral studies at the Universidad Catolica de Chile, Harvard University, and the University of Puerto Rico. At Smith, Dr. Anderson served as an Academic Dean, Director of the Program in Neuroscience, and premedical advisor. She is one of six founding members of the Consortium of Medical Schools and Women's Colleges, and she contributes to several efforts that encourage women and minorities in the sciences. Her research interests include the functional properties of excitable cells.