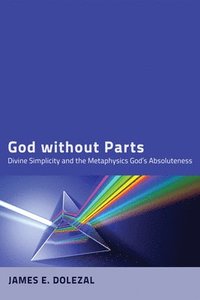 Divine Simplicity and the Metaphysics of God's Absoluteness

av James E Dolezal
Häftad Engelska, 2011-11-09
359
Köp
Spara som favorit
Finns även som
Visa alla 2 format & utgåvor
Synopsis:
The doctrine of divine simplicity has long played a crucial role in Western Christianity's understanding of God. It claimed that by denying that God is composed of parts Christians are able to account for his absolute self-sufficiency and his ultimate sufficiency as the absolute Creator of the world. If God were a composite being then something other than the Godhead itself would be required to explain or account for God. If this were the case then God would not be most absolute and would not be able to adequately know or account for himself without reference to something other than himself. This book develops these arguments by examining the implications of divine simplicity for God's existence, attributes, knowledge, and will. Along the way there is extensive interaction with older writers, such as Thomas Aquinas and the Reformed scholastics, as well as more recent philosophers and theologians. An attempt is made to answer some of the currently popular criticisms of divine simplicity and to reassert the vital importance of continuing to confess that God is without parts, even in the modern philosophical-theological milieu.

"James E. Dolezal has authored a philosophically rigorous and theologically thorough defense of divine simplicity, and he has done so for positive reasons. For Dolezal, the whole rationale for defending the simplicity of God is to assure that we actually come to know, though not fully comprehend, God as he truly is--the God of reason and revelation, the God of the Christian philosophical and theological tradition. Dolezal has made a very admirable and extremely significant contribution to the discussion of God's simplicity."
-Thomas G. Weinandy, OFM, Cap.
United States Conference of Catholic Bishops