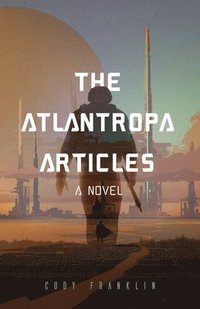 A Novel (For Fans of Harry Turtledove and the Divergent Series)

av Cody Franklin
(1 röst)  |  Läs 1 recension
Häftad Engelska, 2018-10-15
199
Köp
Spara som favorit
A Completely Original and Captivating Dystopian Alternate History#1 Best Seller in Absurdist Fiction An ambitious feat of engineering and a continent in crisis. The Atlantropa Articles is an epic saga by YouTuber Cody Franklin (Alternate History Hub), with contributions from YouTuber Joseph Pisenti (Real Life Lore). In an alternate history timeline, World War II never takes place. Instead, a plan is put into effect by Hitler and the Nazi party to drain the Mediterranean Sea. They promise fertile land, millions of jobs and endless energy, new land to be settled, and living space for a crowded continent. To realize this new world, all of Europe came together and signed a treaty called 'The Atlantropa Articles'. Nazism survives in a new Europe. By promising to bring endless energy through hydro-electricity and employing millions to build the dams, fascism only cements itself as a mainstream ideology. Hitler is seen as a modern Napoleon, one of the greats for his time. Nazism never disappears. The Reich remains eternal. Two millennia later, the Reich runs the world. Aryans have become a race of their own, outnumbering their neighbors and ruling with a messianic passion towards Hitler. Europe has been united under the banner of the swastika. The sea is gone and the promise failed. But the plan of a fertile lush land was never realized. The project took decades longer than anticipated. By the time it is completed, what they find is a salty barren world. Now the Mediterranean Sea is a desert basin known only as the Kiln. Southern Europe has been abandoned. This is where Ansel's story begins-a story of discovery, lies, and false prophets. The Atlantropa Articles is an astounding science fiction, alternate history tale that will thrill and transport you with its detailed world and startling intimacy. If you're a fan of books by Harry Turtledove, Philip K. Dick's The Man in the High Castle, or Stephen King's 11/22/63, you'll love The Atlantropa Articles.
Visa hela texten

Cody Franklin, better known as Alternate History Hub is one of the top 'what if' YouTubers. Using knowledge of geography, population, and other historical facts Cody's channel details what could have happened if events changed. You'll learn about how the world would be different if the Axis won World War II, if America lost the Revolution, or even discover entire alternate countries. The author and sole creator of RealLifeLore is Joseph Pisenti. Pisenti lives in the Dallas, Texas area and was born in Santa Cruz, California. The mind behind the wildly popular RealLifeLore YouTube channel which launched in February 2016, Pisenti is a political, economical and overall history trivia junkie ready to share his passion.

The Atlantropa Articles Chapter 1-Ansel The story begins with a man named Ansel, sitting in a bar with his beer spilled onto the floor. He reflects on how he thinks its a waste and barely gives any notice or care to the dead body next to it. He is drinking the night before setting off across the Flats. Chapter 2-Robin Robin is stuck in turbulence. Reflects on powerlessness. Establishes the crisis, he is sent to calm Poland. Chapter 3-Ansel Ansel go the docks. He'll find the ship that he is in charge of. They are all new to the ship. The ship is relatively new, and this is her maiden voyage. New crew. Basically, it's the character reflecting on the crew. As the set sail they hear gun fire on the horizon. Chapter 4-Carla Carla is in gunfight. Friend dies in battle from bombers overhead. Chapter 5- Ansel Ansel's reflects on the desert world and how very few can often stand it. He feels superior for being able to thrive in such an environment. Builds up a dynamic with him and the crew. They come across a raider that somehow made it through the defenses, a ship is orbital bombed next to him. They pick him up and taunt him. They can't understand what he is saying as he's begging for mercy. Ansel gives the order to toss him overboard, give the Raider a sanding. Sanding is when a man is thrown overboard as he's tied to the ship with a rope. The fall is small enough it doesn't kill the victim but would break many bones. The victim then is dragged along as sand gets into the wounds. Often they either die of exposure, dehydration or simply bleed out from the grinding hot sand. Chapter 6- Harold Harold is running marathon in Olympics (Sahara). British colony in Africa. Edwardton. Want to impress the world. Partying. Chapter 7- Robin Lands in Warsaw. Meets with family. Starts at embassy . Chapter 8- Ansel Traveling. Maybe night. Maybe he's drunk. And they're just discussing stuff and setting up that the canyon exists. Chapter 9- Carla Carla is alone and reflecting. She fights within herself whether her comrades have already given up. If they are weak. This is her tipping point basically. Chapter 10- Robin He's talking about crisis with Polish ambassador, Meat and potatoes of political. Chapter 11- Ansel Sand storm. They're new to the equipement. Maybe somebody messed up. Canyons are an ever present danger in the parts of the Sands they are in. They come dangerously close to going over the edge and going overboard. They go pass the "bridge". Somebody falls into canyon. They get past it, but the storm damaged their engine, and it stops. Chapter 12- Carla Underground. They're walking to destination. Or starting their journey. Brief her thoughts on the situation. Development chapter. Chapter 13- Robin Boat gets sunk in Baltics full of Germans and they blame Poland. Robin is stuck in the middle of it. Soviets are going to defend Poland. Germany acts like they are defending against Soviet aggression. Chapter 14- Ansel They are stuck. Some mechanical happened. They are 4 miles from Eagle's Nest 4. Eagle Nests are converted military bases scattered throughout the desert, they are the equivalent of stops for ships and vital for transportation in such an environment. Ansel decides to go because he doesnt want to be screwed and needs to make sure they get the thing. Chapter 15- Harold Harold reacts to the crisis occurring. He just says it's all bluff. Chapter 16- Carla They arrive at Commune. Carla feels like stuff is gonna get better. Plan is to assault the dam. Chapter 17- Ansel They're traveling and find wreckage out in the sands. And it looks like it's been covered for a long time. They argue whether to go but ultimately do. And then they explore. They explore it and find skeletons. Ansel goes up to a tiny skeleton and finds a book. The crew is looting and they find old gold, and stuff. Ansel looks at the book and he laughs at its a children book. He's flipping and sees Hitler. Chapter 18- Robin Television conference with Rudolf Hess. G