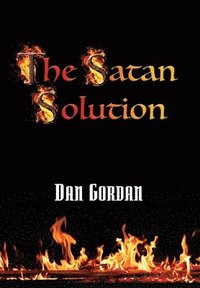 av Dan Gordan
Inbunden Engelska, 2020-08-30
414
Köp
Spara som favorit
Paladin Rangers how to fight crimes against children.Long Description:The Paladin Rangers bring on instructors from all over the world in building the great military organization that will teach International methods to be used in warfare.

The Rangers will be the best equipped fighting force known all of the world for their abilities to deal effectively with child- molesters.

Their goal is to accomplish and teach new warfare methods to governments and criminals on how to save the innocence of children while dealing with their child molesters.

Each reader will find excitement reaches out and pulls them into the adventure on every page.
Visa hela texten

Dan Gordon began acquiring information about interesting characters to add textures to his writing as a musician much as Hemingway did by listening to people in Cuban bars.

Rock and Roll, was exploding on the world scene as his sax took Gordon's band from performing on a weekly TV show in High School while in Tampa Florida performing in colleges and night clubs.

As a boy he remembers lying back on a rooftop gazing at the stars one night. The age-old questions of who we are, where we come from and where life will take him invaded his mind and continued to call out to him in the future.

Several years later an interest in religious and philosophical disciplines took him on an investigative journey that led to an exploratory adventure in to the deep woods. Gordan spent six months alone conducting a purification exercise and studying philosophical and religious works.

The thought that life is often like navigating in a mine field helped create the path that each of his characters take on their journey into the future.