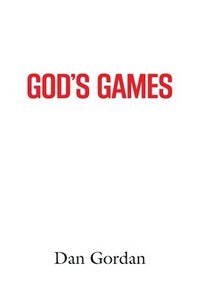 av Dan Gordan
Häftad Engelska, 2020-09-16
295
Köp
Spara som favorit
Finns även som
Visa alla 1 format & utgåvor
This is the life adventures of an everyday man and his wife. They encounter the sometimes scary challenges from the hidden world of the occult.

The reader will share spine tingling life encounters as this couple drops to their knees to pray for help from God. They learn about the deep mysteries of life and the secret beings that dwell in the shadows of our lives affecting us all.
Visa hela texten

god's games is an exploratory soul searching body of work that helps you examine your belief system in god, family, and your inner self. take this journey while reading dan gordan's book god game's and watch your life's desires be fulfilled. do you believe? i do!

Dan Gordon began acquiring information about interesting characters to add textures to his writing as a musician much as Hemingway did by listening to people in Cuban bars. Rock and Roll, was exploding on the world scene as his sax took Gordon's band from performing on a weekly TV show in High School in Tampa Florida where he performed in colleges and night clubs.

As a boy he remembers lying back on a rooftop gazing at the stars one night and the age-old questions of who we are, where we come from and where life will take us invaded his mind and continued to call out to him in the future.

Many years later an interest in religious and philosophical disciplines took him on an investigative journey that led to an exploratory adventure in to the deep woods. Gordan spent six months alone conducting a purification exercise and studying philosophical and religious works. The thought that life is often like navigating in a mine field helped create the path that each of his characters take on their journey into the future.