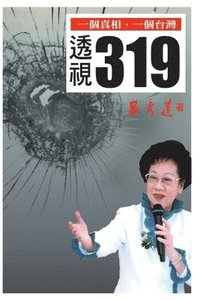 On March 19, 2004, the day before the Presidential Election Day, President Chen Shui-bian and Vice President Lu Hsiu-lien were shut by bullets. The shooting incident shocked Taiwan's democracy and to a great degree ripped Taiwan's society. As of today, the official investigation reports are still unconvinced, leaving various questions unsolved. Is Chen Yi-hsiung the shooter? Any accomplices? What are the motives? Why did the national security agencies act so ludicrously? Could it be planned and directed by the President?

As former Vice President and the victim of the incident, Lu Hsiu-lien examines the Control Yuan document impeaching national security and police officials, the Criminal Investigation Bureau's special investigation report, the Tainan District Prosecutors Office report, and the 319 Truth Investigation Commission's report, as well as statements by President Chen Shui-bian, and includes her own firsthand account in details.

In an attempt to identify areas of doubt and to find possible explanation, the book juxtaposes the overlapping and contradictory viewpoints of the incident given by the various reports with Lu's personal eyewitness of that day.

Lu Hsiu-lien has reviewed over the points of the cartridge, the gunman, whether the two bullets came from one or two guns, the negligence by national security agencies, and the would-be assassin's possible motive. She also criticizes national security agencies' crisis management. She lists and analyzes four possibilities of the assassin identified as red (China), blue (the pan-blue political camp), green (the pan-green camp), and black (mafia and gambling syndicates).

In conclusion, Lu Hsiu-lien calls on the Special Investigation Division to overturn the previous conclusion. Instead, it should take up the suggestions presented in this book to break through its blind spots on this case, proceed boldly, ignore blue/green political divisions, and seek out reality. This will bring honor to the judiciary and good fortune to Taiwan.
Visa hela texten