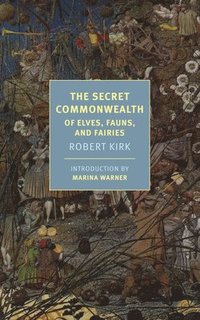 Of Elves, Fauns, And Fairies

Late in the seventeenth century, Robert Kirk, an Episcopalian minister in the Scottish Highlands, set out to collect his parishioners' many striking stories about elves, fairies, fauns, doppelgängers, wraiths, and other beings of, in Kirk's words, "a middle nature betwixt man and angel." For Kirk these stories constituted strong evidence for the reality of a supernatural world, existing parallel to ours, which, he passionately believed, demanded exploration as much as the New World across the seas. Kirk defended these views in The Secret Commonwealth, an essay that was left in manuscript when he died in 1692. It is a rare and fascinating work, an extraordinary amalgam of science, religion, and folklore, suffused with the spirit of active curiosity and bemused wonder that fills Robert Burton's Anatomy of Melancholy and the works of Sir Thomas Browne. The Secret Commonwealth is not only a remarkable document in the history of ideas but a study of enchantment that enchants in its own right.

First published in 1815 by Sir Walter Scott, then reedited in 1893 by Andrew Lang, with a dedication to Robert Louis Stevenson, The Secret Commonwealth has long been difficult to obtain-available, if at all, only in scholarly editions. This new edition modernizes the spelling and punctuation of Kirk's little book and features a wide-ranging and illuminating introduction by the critic and historian Marina Warner, who brings out the originality of Kirk's contribution and reflects on the ongoing life of fairies in the modern mind.
Visa hela texten