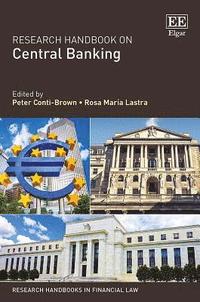 'Events during the past century demonstrated the importance of price and financial stability as well as the difficulties of attaining and maintaining them. This book draws together a hugely diverse and rigorous set of analysis to capture what central banks are, have been, and might become. It should prove vital reading for academics, practitioners, and anyone with an interest in central banking.' --Mark Carney, Governor of the Bank of England'The global financial crisis and sluggish recovery has been a defining period for central banks, with the political reaction to the extraordinary steps they took often expanding their responsibilities, while at the same time threatening to constrain their degree of independence in some countries. The broad range of the analysis in this volume - over history, geography, and academic disciplines - is essential reading for anyone who wants to know how central banks got to where they are and provides a solid foundation for thinking about how central banking might evolve going forward.' --Donald Kohn, former vice chairman of the Board of Governors of the Federal Reserve System and Member of the Financial Policy Committee of the Bank of England