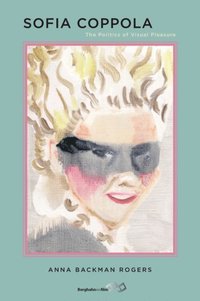 The Politics of Visual Pleasure

av Anna Backman Rogers
E-bok (EPUB - DRM), Engelska, 2018-11-29
219
Ladda ned
Spara som favorit
Laddas ned direkt
Läs i vår app för iPhone, iPad och Android
A feminist study of the mood, texture, tone, and multifaceted meaning of director Sofia Coppola's aesthetic through her most influential and well-known films. A Choice Outstanding Academic Title 2019 &quoteWith this book Rogers has produced a sophisticated and impassioned analysis of Coppola's work Rogers's main argument - that Coppola manipulates pleasurable images to unsettle rather than mollify us - is utterly convincing. If nothing else, this certainly hits home in relation to my own enchantment with Coppola's work.&quote-Bright Lights Film Journal All too often, the movies of Sofia Coppola have been dismissed as &quoteall style, no substance.&quote But such an easy caricature, as this engaging and accessible survey of Coppola's oeuvre demonstrates, fundamentally misconstrues what are rich, ambiguous, meaningful films. Drawing on insights from feminist philosophy and psychology, the author here takes an original approach to Coppola, exploring vital themes from the subversion of patriarchy in The Virgin Suicides to the &quotefemale gothic&quote in The Beguiled. As Rogers shows, far from endorsing a facile and depoliticized postfeminism, Coppola's films instead deploy beguilement, mood, and pleasure in the service of a robustly feminist philosophy. From the Introduction: Sofia Coppola possesses a highly sophisticated and intricate knowledge of how images come to work on us; that is, she understands precisely how to construct an image - what to add in and what to remove - in order to achieve specific moods, tones and cinematic affects. She knows that similar kinds of images can have vastly different effects on the viewer depending on their context. This monograph is an extended study of Coppola's outstanding ability to think through and in images.
Visa hela texten