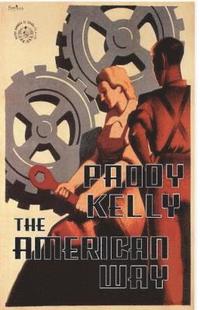 av Paddy Kelly
Häftad Engelska, 2017-03-30
273
Köp
Spara som favorit
Finns även som
Visa alla 1 format & utgåvor
On January 12th, 1912 at 12 noon, 57,000 European immigrants comprised of 25 nationalities, 45 languages, (less than 10% of which spoke English), struck against one of the richest men in the world. To add to the drama, they faced a hostile governor and U. S. president, a racially motivated police force backed by the U. S. Army and the worst New England Winter on record.

Against a backdrop of wars raging in the Far East, The Balkans and North Africa, the most hotly contested U. S. election to date and unprecedented, government sponsored violence, a no-holds-barred industrial strike was launched.

In Book II of Paddy Kelly's series Building of Empire: Crime & Politics, the Cornerstone of America, the epic drama of a forgotten story in U. S. history, its Class Wars, is told through a neglected chapter, the Lawrence Mill Strike of 1912.

With the ambience and intensity of Reds and the spirit of Cabaret the story of the largest industrial action of its time, The American Way chronicles the drama of people swept up in events larger than themselves as they refused to capitulate to some of the most powerful men on the face of the planet.

The American Way is the true story of what European immigrants endured in burgeoning industrial America. Played out in seven weeks, in the dead of the worst New England winter in half a century, the story of this historic struggle invites you to come to America, land of the free. Home of the brave.

Where the streets are paved with blood.
Visa hela texten