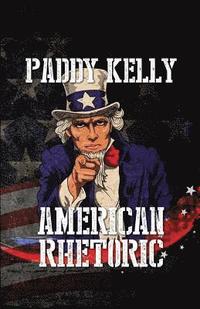 av Paddy Kelly
Häftad Engelska, 2017-11-22
257
Köp
Spara som favorit
Through shear dint of effort, Ronald Lump the third, now in his fourth and last term as president, had with tireless campaigning and unprecedented cooperation in both the House and the Senate, been able to whittle away at the 3% who controlled 97% of the wealth. He got it down to 1%. Worse yet, of the 47 candidates who intend to run for office to replace him none are qualified.

America was in trouble. Again.

However it is in Central Middleville, Ohio, a place where everyday life is abnormally normal, there resides a real hero. A human cog in a soulless system whose only dream is to get out of the dingy one room apartment he's lived in all his life. A savior that can possibly deliver the American people from the shackles of the two party system and the havoc it has reeked on the American landscape for so long.

Thaddeus Enoch Pervers, a lowly assembly line worker unintentionally sets out on a political adventure the likes of which could only happen in the U.S. With political absurdities unimagined in Swift?s time Thaddeus, after accidently filing out the wrong form at his local Department of Motor Vehicles, mistakenly winds up sucked up into the convoluted American political system.

Politics was never in Thaddeus' plans, but it was in his destiny. Inadvertently tossed into the political arena due to the misfiled form, Pervers is discovered by a devious group of supercentenarians who promise to buy him a senate seat if he'll act as their front man for their political interests.

The novel American Rhetoric, a dark parody of the two party system, offers a glimpse of one possible future for The United States of America.

*Politics. From the Greek 'poly' meaning many and 'tics' meaning a parasitic, blood sucking leech who lives off others.