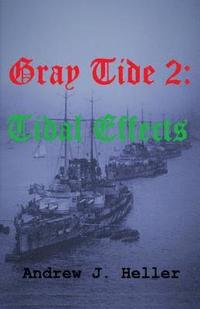 av Andrew J Heller
Häftad Engelska, 2017-12-22
172
Köp
Spara som favorit
Tidal Effects is the sequel to Gray Tide in the East, the popular alternate history of the First World War. In Gray Tide, the Germans cancel their planned invasion of Belgium in 1914, turning their armies eastward to crush Russia without interference from Great Britain or the United States. Tidal Effects picks up the story in 1923. In High Tide, the U.S. discovers that Germany is building a secret naval base on Martinique, which they acquired from France as part of the peace settlement in 1915. It is a clear challenge to U.S. control of the Western Hemisphere, but how will the isolationist, pacifism-minded American respond when the Kaiser escalates the situation to the brink of war?

In the second story, Austria-Hungary is under the thumb of its powerful neighbor, and Emperor Charles would like to find new diplomatic partners and free his country from German domination. He calls in an American newspaperman to secretly sound out allies for a new treaty organization to meet the German threat. Meanwhile the Kaiser?s agent ?Wolf? is working to undermine the Dual Monarchy, by encouraging a revolution in Hungarian that will allow Germany to gobble up the new territory won by Austria in the war. Tidal Effects offers two stories filled with action, political maneuvering, treachery, spies and surprises.
Visa hela texten