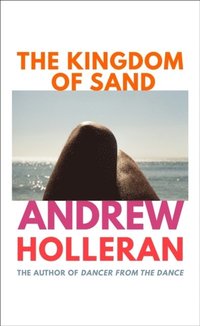 The Kingdom of Sand

av Andrew Holleran
Inbunden Engelska, 2022-06-09
160
Köp
Spara som favorit
Finns även som
Visa alla 2 format & utgåvor
'Affecting and engaging' COLM TOIBIN One of BuzzFeed's Hot LGBTQ+ Books From The First Half Of 2022 Out in the drought-struck backwaters of rural Florida, The Kingdom of Sand's nameless narrator lives a life of semi-solitude, enjoying the odd, fleeting sexual encounter and the friendship of a few. His world is ageing, and the memories of another time flash, then fade - visions of parties filled with handsome young men, the parents whom he chose to spend his life besides, the generation he once knew, struck down by AIDS. But, when forced to watch the slow demise of a close neighbour, he is drawn back to the here and now, and his own borrowed time in this kingdom of sand. An elegy to sex and the body, but also a tragically honest exploration of loneliness and the endless need for human connection, The Kingdom of Sand marks the much-anticipated return of Andrew Holleran. A The Millions Most Anticipated Books of 2022
Visa hela texten

[Holleran's] new novel is all the more affecting and engaging because the images of isolation and old age here are haunted . . . in 1978 Holleran wrote the quintessential novel about gay abandon, the sheer, careless pleasure of it: Dancer From the Dance. Now, at almost 80 years of age, he has produced a novel remarkable for its integrity, for its readiness to embrace difficult truths and for its complex way of paying homage to the passing of time -- Colm Toibin * New York Times * An unexpectedly timely novel - wise, shrewd, and in its way, kind, if honesty is ever kind. And written with the sure hand of a master -- Alexander Chee Holleran renders an elegiac and very funny contemplation of not just ageing but an age... A wistful, witty meditation on a gay man's twilight years and the twilight of America -- Jeremy Atherton Lin * Guardian * Every one of [Andrew Holleran's] books is a gem. If he were straight, his reputation would be immense. The beauty of his language, the empathy for his characters and the world he writes about, are unsurpassed by any other gay writing of our time... He is our Fitzgerald and Hemingway but for one thing: he writes better than both of them -- Larry Kramer, author of The Normal Heart Both melancholy and hilarious... Haunting * New York Times *

Andrew Holleran's first novel, Dancer from the Dance, was published in 1978 to great critical acclaim and is now regarded as a classic. He is also the author of Nights in Aruba; Ground Zero (reissued as Chronicles of a Plague); The Beauty of Men; In September, the Light Changes; and Grief