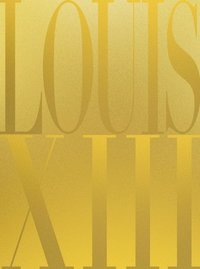 av Farid Chenoune, Karen Howes
Inbunden Engelska, 2020-07-01
780
Köp
Spara som favorit
Finns även som
Visa alla 1 format & utgåvor
First exhibited at the Exposition Universelle (Paris, 1900) Louis XIII has embodied sophistication for over a century. Each bottle is a unique work of art, from the decanter - each of which requires eleven craftsmen to blow the crystal, apply the ornamentation and wrap the 20-K gold collar around its slender neck - to the cognac itself. Composed of up to 1200 eaux-de-vie from the first cru of the Cognac region, Grande Champagne, Louis XIII balances notes of myrrh, honey, dried roses, plum, honeysuckle, cigar boxes, leather, figs and passion fruit in an unmatched, ambrosial blend. This book is an ode to the cognac, sung by some of its earliest and most vibrant devotees. We delve into the diaries and letters of two passionate travellers aboard the America-bound cruiser Normandie, 1935; the agenda of King George VI and his wife Queen Elizabeth on their visit to Versailles in 1938; and the first-hand account of a young millionaire who, while on a trip to Constantinople in 1928, requested that the Orient-Express stop so that the surface of his brandy might lie still. Tracing the history of the iconic decanter from the pewter flask found after the Battle of Jarnac to the inspired glass vessels that captivated the royal courts of Europe, Louis XIII Cognac - The Thesaurus promises an elegant and entertaining glimpse into this prestigious cognac and the characters who drank it.
Visa hela texten

Since the early 1700s, when a winegrower first began selling cognac under his own name, the House of Remy Martin has ascended to the apex of class and refinement. Combining sustainable viticulture policies with exceptional eaux-de-vie, Remy Martin prides itself on the heritage of its three-centuries-old dynasty, the talent of its cellar masters and tasting committee, and its dedication to the future of the brand. As one of the biggest producers of cognac worldwide, Remy Martin's philosophy can be traced back to their logo: the rearing centaur, its feet on the ground and its head in the stars. Karen Howes established The Interior Archive in 1994, considered to be one of Europe's leading picture agencies, as well as one of the finest interior design resources, specialising in interiors and lifestyle images by some of the world's leading photographers. She has published a series of books, which include Living in London (Simon Upton/Thames & Hudson); My Cookbook (Gerard Depardieu/Zabert Sandmann Verlag) and Luxury Minimal (Fritz von der Schulenburg/Thames & Hudson).