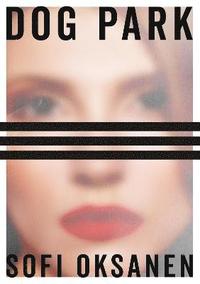 av Sofi Oksanen
Häftad Engelska, 2021-11-04
203
Köp
Spara som favorit
Finns även som
Visa alla 4 format & utgåvor
'An ambiguous horror story about egg donorship and the black market, it keeps the reader equally balanced between frustration and fascination. ' Daily Mail 'An intricate, textured slow-burner that paints a vivid picture of a post-Soviet state where gangsters rule and the exploitation of the female body is big business' Guardian Helsinki, 2016. Olenka sits on a bench, watching a family play in a dog park. A stranger sits down beside her. Olenka startles; she would recognize this other woman anywhere. After all, Olenka was the one who ruined her life. And this woman may be about to do the same to Olenka. Yet, for a fragile moment, here they are, together - looking at their own children being raised by other people. Moving seamlessly between modern-day Finland and Ukraine in the early days of its post-Soviet independence, Dog Park is a keenly observed, dark and propulsive novel set at the intersection of East and West, centered in a web of exploitation and the commodification of the female body. Oksanen brings fearless psychological acuity to this captivating story about a woman unable to escape the memory of her lost child, the ruthless powers that still hunt her, and the lies that could well end up saving her.
Visa hela texten

An ambiguous horror story about egg donorship and the black market, it keeps the reader equally balanced between frustration and fascination. * Daily Mail * Following her incredibly popular Purge, Sofi Oksanen gives us another propulsive thriller about a woman unable to forget her lost child and the web of lies she's built around herself. A novelist and playwright, Oksanen is one of the most awarded literary authors in Scandinavia; now, we get to experience the phenomenon. * Lit Hub * Fans of slow-burning suspense will find much to enjoy * Publishers Weekly * With the volatile European fertility market as her backdrop, a rising Scandinavian star poses troubling questions about the double-edged sword of motherhood and the rancorous debates over women's bodies * Oprah, Best Translated Books of 2021 * A remarkably ambitious story... Oksanen has much to say about the price of parenthood and the cost for young women who, with few other options to escape poverty, become egg donors or surrogates. Owen F. Witesman's translation conveys the mounting tension as Oksanen layers in shadowy, overlapping plotlines. * New York Times * Stunning and furious * Mesta, Finland * Sharp, sociocritical... Passionate drama, murder and revenge make this a thriller-like novel with a high level of suspense. * Bergens Tidende, Norway * An intricate, textured slow-burner that paints a vivid picture of a post-Soviet state where gangsters rule and the exploitation of the female body is big business * Guardian *

SOFI OKSANEN is a Finnish-Estonian novelist and playwright. She has received numerous prizes for her work, including the Swedish Academy Nordic Prize, the Prix Femina, the Budapest Grand Prize, the European Book Prize, and the Nordic Council Literature Prize. She lives in Helsinki. Owen F. Witesman is a professional literary translator with a master's in Finnish and Estonian area studies and a PhD in public affairs from Indiana University. He currently lives in Springville, Utah.