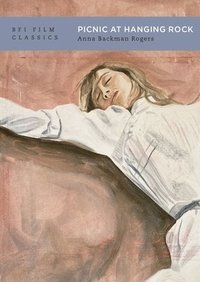 av Anna Backman Rogers
Häftad Engelska, 2022-10-06
179
Bevaka
Spara som favorit
Ännu ej utkommen – klicka "Bevaka" för att få ett mejl så fort boken boken går att köpa.
Peter Weir's haunting and allusive Picnic at Hanging Rock (1975), set in 1900, tells the story of the mysterious disappearance of three schoolgirls and their teacher on a trip to a local geological formation. The film is widely hailed as a classic of new Australian cinema, seen as exemplary of a peculiarly Australian style of heritage filmmaking. Anna Backman Rogers' study considers Picnic from feminist, psychoanalytic and decolonialising perspectives, exploring its setting in a colonised Australian bushland in which the Aboriginal people are a spectral presence in a landscape stolen from them in pursuit of the white man's 'terra nullius'. She delves into the film's production history, addressing director Weir's influences and preoccupations at the time of its making, its reception and its lasting impact on visual culture more broadly. Rogers addresses the film's treatment of the young schoolgirls and their teachers, seemingly, as embodiments of an archetype of the 'eternal feminine', as objects of the male gaze, and in terms of ideas about female hysteria as a protest against gender norms. She argues that Picnic is, in fact, highly subversive: a film that requires its viewers to read its seductive surfaces against the grain of the image in order to uncover its psychological depths.
Visa hela texten

Such an attentive, impassioned awareness of the politics which underscore the figuration of the girl on screen not only offers up a provocative re-reading of a classic film, but it also speaks directly to its gestures of love, of kinship and pleasure which operate outside, and in spite of, patriarchal culture. This is a beautiful book of relevance to any and all interested in the expanding vistas of female subjectivity in film and those real and metaphorical 'rocks' which might lodge, vociferously, between such positions of imagination, selfhood and desire. -- Davina Quinlivan, Kingston University, UK A beautifully constructed analysis of a complex and haunting film. Backman Rogers skillfully dissects the patriarchal working environment of Patricia Lovell's project to realize a faithful rendering of Joan Lindsay's perplexing novel while also offering a subtle reading of the film via its distinctive cinematography. A tour de force of feminist film analysis, intellectual clarity and cinephilia. -- Griselda Pollock, University of Leeds, UK This is a ravishing book. Anna Backman Rogers passionately honours the enchantment of Picnic at Hanging Rock, its veiled images, the love between Miranda and Sarah, its languor, 'the slow bleed from morning into afternoon'. Yet she also, in coruscating prose, shows quite brilliantly how the film decries the horror of empire and the 'violence wrought on the female body', then and now. I urge you to read this book, to enter its dream. -- Emma Wilson, University of Cambridge, UK

Anna Backman Rogers is Professor of Aesthetics, Culture and Feminist Theory at the University of Gothenburg, Sweden. She is the author of American Independent Cinema: Rites of Passage and The Crisis-Image (2015), Sofia Coppola: The Politics of Visual Pleasure (2019), and Still Life: Notes on Barbara Loden's Wanda (2020). She is also the co-editor of three books on feminism and visual culture with Laura Mulvey and Boel Ulfsdotter. She is the founder and editor-in-chief of Mai: Feminism and Visual Culture.

Acknowledgments 1 Within a Dream: Origins, Production and Filming 2 Waiting a Million Years Just for Us: Artistic Influences and Uncanny Spaces 3 Quite Intact: The Male Imaginary and Courtly Love Conclusion: Girls on the Verge; Femininity and Hysteria Notes Credits