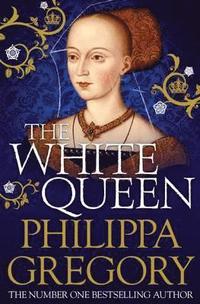 av Philippa Gregory
Häftad Engelska, 2010-04-15
124
Köp
Spara som favorit
THE COMPELLING NOVEL FROM SUNDAY TIMES BESTSELLER PHILIPPA GREGORY The tale of one woman's ambitious ascent to royalty during the Wars of the Roses and the unsolved mystery around her sons' imprisonment in the Tower The first in a stunning series, The Cousins' War, is set amid the tumult and intrigue of The War of the Roses. Internationally bestselling author Philippa Gregory brings this family drama to colourful life through its women, beginning with the story of Elizabeth Woodville, the White Queen. The White Queen tells the story of a common woman who ascends to royalty by virtue of her beauty, a woman who rises to the demands of her position and fights tenaciously for the success of her family, a woman whose two sons become the central figures in a mystery that has confounded historians for centuries: the Princes in the Tower whose fate remains unknown to this day. From her uniquely qualified perspective, Philippa Gregory explores the most famous unsolved mystery, informed by impeccable research and framed by her inimitable storytelling skills. Praise for Philippa Gregory: 'Meticulously researched and deeply entertaining, this story of betrayal and divided loyalties is Gregory on top form' Good Housekeeping 'Gregory has popularised Tudor history perhaps more than any other living fiction writer...all of her books feature strong, complex women, doing their best to improve their lives in worlds dominated by men' Sunday Times 'Engrossing' Sunday Express 'Popular historical fiction at its finest, immaculately researched and superbly told' The Times * 'Queen of the historical novel' Mail on Sunday
Visa hela texten

PHILIPPA GREGORY is one of the world's foremost historical novelists. She wrote her first ever novel, Wideacre, when she was completing her PhD in eighteenth-century literature and it sold worldwide, heralding a new era for historical fiction. Her flair for blending history and imagination developed into a signature style and Philippa went on to write many bestselling novels, including The Other Boleyn Girl and The White Queen. Now a recognised authority on women's history, Philippa graduated from the University of Sussex and received a PhD from the University of Edinburgh, where she is a Regent and was made Alumna of the Year in 2009. She holds honorary degrees from Teesside University and the University of Sussex. She is a fellow of the Universities of Sussex and Cardiff and an honorary research fellow at Birkbeck University of London. Philippa is a member of the Society of Authors and in 2016 was presented with the Outstanding Contribution to Historical Fiction Award by the Historical Writers' Association. In 2018, she was awarded an Honorary Platinum Award by Neilsen for achieving significant lifetime sales across her entire book output. She welcomes visitors to her site www.PhilippaGregory.com.